At the recent Ways Forward Conference myself and @liam and @AthertonJohn had a chat about what chat software might work well for workers.coop.

One option is Nextcloud Talk, the advantage of this is that it is already installed and available, the disadvantage is that it is an add-on to Nextcoud and it feels like one.

Another option is Discourse Chat, again the advantage is that another system wouldn’t be needed, it can be added to this forum, however we have added it to the CoTech forum and the disadvantage is, again, that it is an add-on and it feels like one.

So, assuming we want to avoid corporate tools and platforms (need I explain why?), what else is there?

One option, that aims to be an alternative to Slack, is Mattermost, I’ve never used it but I know that @leedscath has.

Another is rocket.chat, Agile uses this and it seems fine.

However my feeling is that we want the best available option, something that could be used on a desktop in the manner Slack is, but also on mobile devices in the manner in which WhatsApp and Signal are – assuming that whatever we adopt, if it takes off, would be one of the most central tools that workers.coop uses for comms and organising.

So I’m drawn to Element as it seems to be the best option: 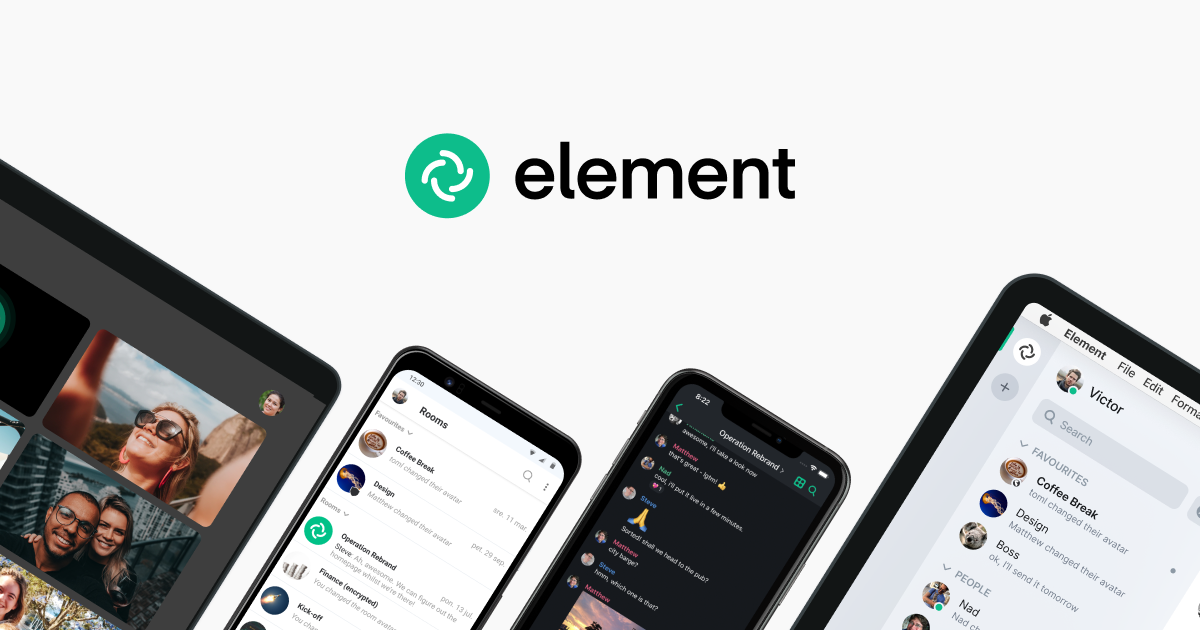 Element is a Matrix-based end-to-end encrypted messenger and secure collaboration app. It’s decentralised for digital sovereign self-hosting, or through a hosting service such as Element Matrix Services. Element operates on the open Matrix network to...

Running it ourselves would involve setting up a server running Synapse to provide the backend and also (to start with, in the future it might make sense to run them of different servers) the Element web interface for browser access.

Users could install the Android app via Google or F-Droid and iOS users could download it from Apple.

Of course, in the medium term, or sooner if possible, we would have SSO (single sign on) for all our Internet based services, Synapse looks like it has good SSO support, however configuring this will be a significant amount of work and I’d suggest that to start with we try Element without SSO and if we like it and agree that it is going to work for us we then work out how to intergrate it with Nextcloud and CiviCRM/WordPress.

When I was speaking to Aaron on the way back from Glasgow event, he recomended mattermost as he has used it before (and rocket chat). As if this is to be the engine room for working groups the ability to have kanban boards built into the same communuication tool would be really useful, mwhich mattermost does and I think it has a mobile app?

We could do a quick poll of people on co-tech to see of 3 options which they think would be the best?

I think trying the different options before a poll would be required, otherwise people won’t be making an informed judgement.

One key advantage of Synapse / Element is that it would allow communications with others on Matrix without needing a bridging plugin (in my experience these don’t work so well). 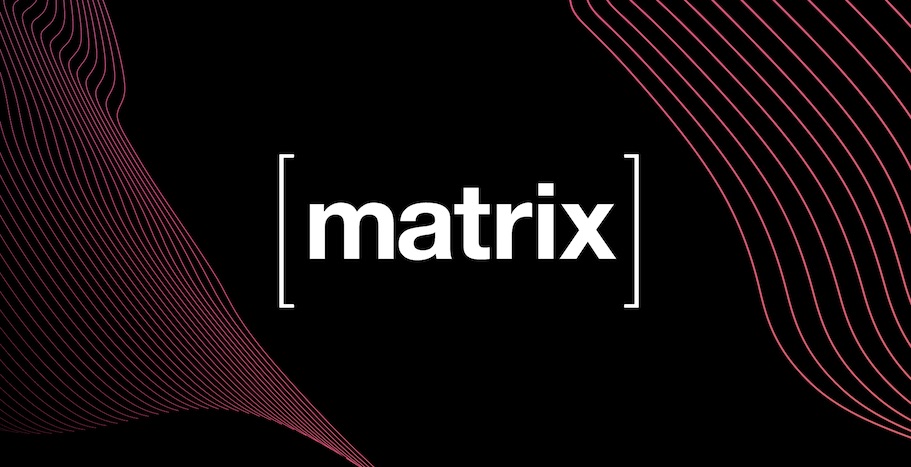 Matrix is an open standard for interoperable, decentralised, real-time communication

I’ll look at getting some demo sites up and running when I have a chance so people can try the different options, I did start working on a Mattermost Ansible role a while ago and I also have a Rocket.Chat Ansible role so it shouldn’t be too much work to get these two up and running.

@AthertonJohn I believe that this Mattermost instance is ready to be configured and tested, currently these email domains are the only ones that can be used to create accounts:

If you create an account I should be able to make you an admin so you can have a play with it.

Ok had a quick play with mattermost and it seems pefrect for what I was thinking. It combines instant chat with, kanban boards for each working group. And as a extra bonus the playbook feature will act as a great way to onboard new people and other routine workflow we may want people to do.

Hi, I’ve had a bit of experience (purely as a user!) of rocket.chat and element/matrix/synapse, I’m interested to try out mattermost as it seems like it has a good mix of feature-rich-ness and a reasonably slick, user-friendly interface and user experience

I’ve added unicorn-grocery.co.uk to the list of domains that can be used to create accounts on chat.workers.coop so you should be able to give it a spin @DanHolden.

Cool, does someone have to create an account or send me an invite? I can’t find a registration page

Ah, I didn’t realise there wasn’t a sign-up page, I have sent you an invite via a DM here.

If we want to have SSO for Mattermost then it will cost $10USD per user per month, see: 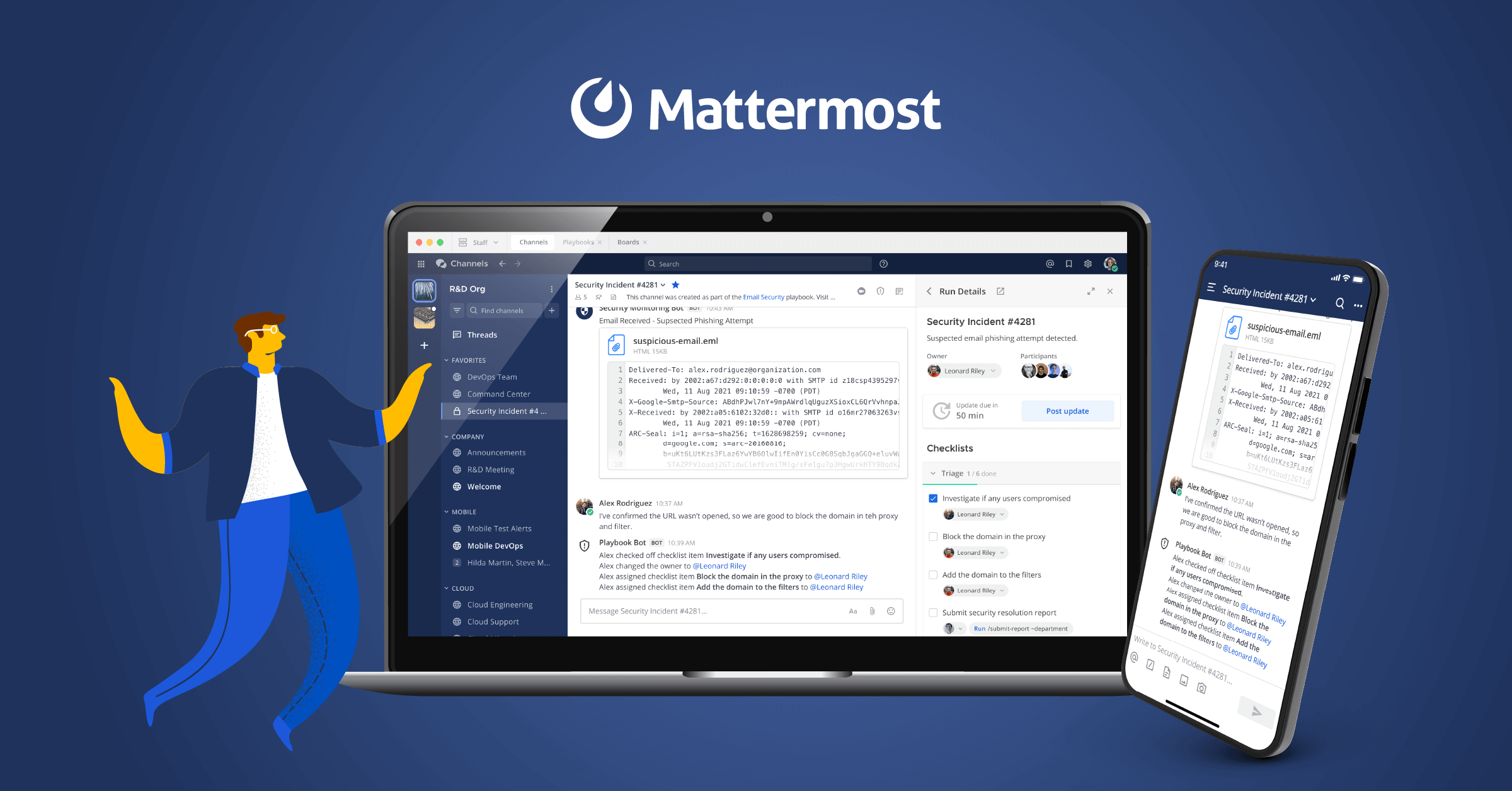 Plans available for teams of every size — from start-ups to large enterprises. Learn more about Mattermost pricing and get started today.

I think we might have to rule it out as an option simply because of this?

Yes that sounds like it would be too high - even with the existing ~30 users/workers/volunteers that would be over £3,000/year. I don’t know how much of a dealbreaker SSO is though.

What about rocket.chat? It has pretty nice looking Nextcloud integration. You mentioned it would be reasonable straightforward to set up a test site for that…

Yep we have now ruled out mattermost as too expensive per user. Looking at other options now with Matrix in the lead.

Chris is their a public demo available for that somewhere so I can take a look at what the user experiance is like?

I could spin up a Rocket.chat server fairly quickly if needed as I have a Ansible role for it however I think Synapse (the back end) / Element (the front end) would be a better choice since we would get automatic federation via Matrix and this is something folk in CoTech are keen on, see this thread.

I’m hoping to get Synapse / Element up and running next week, I’ve had a quick look for a demo of the Element web front end but I’m afraid I haven’t found one.

OK, great. I signed up at matrix.org for an account and have been using that with the element.io client, so @AthertonJohn you could do that too if you wanted. There’s a cotech space (server? instance? this is where it get a bit complicated) too that I came across.

rocket.chat uses matrix now too (apparently), I suppose the thing that intrigues me about rocket.chat in particular is the ongoing nextcloud integration. A genuine alternative to MS Teams or the Google equivalent (or the Slack+Google Drive combo) for remote collaboration would be incredible.

I think the devil will be in the details - or really how smooth the onboarding process is. Element/Matrix is fine if you are vaguely familiar with IRC and channels, servers and so forth. Perhaps the ‘Spaces’ functionality helps non-technical users.

Hi Chris, let me know when you get the element thing up and running as would like to check it out. Ideally I’d like to go live with whatever our solution is for the New Year so we can hit the ground running with the new membership.

Will do, sorry it’s taking longer than I expected, I have been busy with other things, I’ve been working on it today (see the synapse Ansible role and the demo server repo), I’m hoping to have something up and running by Thursday.